The 2016 Motorhome & Caravan Show held at the NEC, Birmingham proved to be the most successful on record for Coachman Caravans, with retail sales up by 17% on the previous year.

Visitors to the Show were able to view the entire collection which comprises of Vision, Pastiche, VIP and Laser ranges all of which have been updated for 2017 season.

There was particular interest in the all new Vision 630 which was named the winner of the ‘Large Family Caravan’ category in the recent Caravan Club design Awards; along with the new Laser 675 which has adopted the popular rear washroom and  transverse island bed layout and has scooped the Practical Caravan’s “Best Tourer for Seasonal Pitches” award.

This year’s improved sales performance at the show is a testament to Coachman’s continued focus on ensuring that all models throughout the range are competitively priced whilst maintaining the business’s ethos on exceptional quality. Using Advanced Bonded Construction techniques ABC together with Polyurethane (PU) materials has enabled Coachman to achieve this.

“Coachman Caravans are entering into our 30th year in business, which is notable milestone for us so it’s extremely pleasing to also achieve our most successful year at the NEC show”. He continued, “This year’s NEC show was a great success for the leisure industry as a whole which is extremely encouraging. The growth in holiday makers opting to choose a “staycation” rather than a holiday abroad, seems to be having a positive effect on our industry, and long may it continue”.

Coachman are one of the leading caravan manufacturers in the industry. The company has increased its’s workforce to 187 members of staff at its base in Hull, East Yorkshire, and produce caravans with a superior build quality and innovative design features, backed by a market-leading aftersales service. Coachman’s Vision, Pastiche, VIP and Laser ranges offer caravans to suit a range of budgets, from affordable quality to unrivalled luxury. 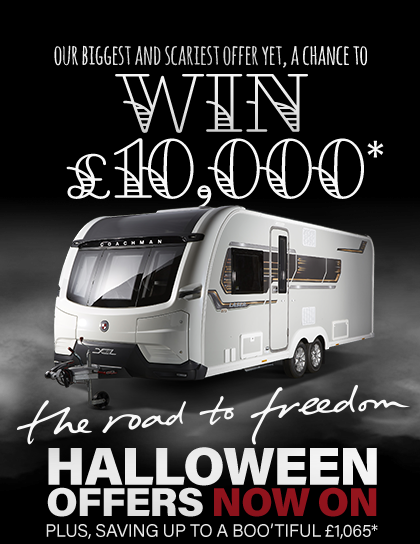